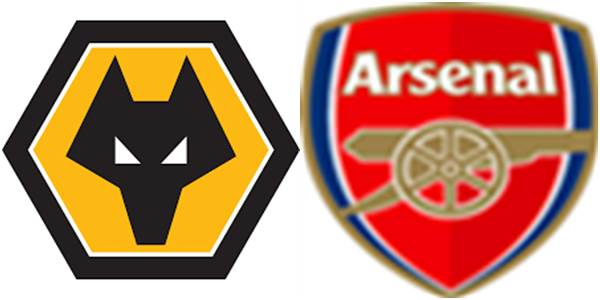 This football schedule is proving taxing for me. Having to write a preview and follow up with a match report every 3 days. How do footballers cope? I am even more impressed but also get now why some people are jealous of their wages.

No one’s complaining about the wages of Saka and Martinelli though (give it time). Both have signed new ‘long-term’ contracts at the club and it is great news. It’s a breakout season for both of them, and although they’ll invariably face some dips in form, both have the talent and have shown the desire and application to make it big.

This, along with a rumor of a potential deal for Auba to stay and the last few results, have seen Arsenal fans in a better mood. This could all come crashing down with the match against Wolves, the first in a really tough stretch of games ahead. In a span of two weeks we face Wolves, Leicester, Spurs, Liverpool and ManCity. This run of games will define not just our season, but potentially our mid-term future as a club.

Wolves have been on a run of 3 wins, and a 4th would see them go up into Top-4 ahead of Chelsea. They are also yet to concede a goal since the restart. NES is a good coach and has molded an effective team.

Raul Jimenez is their main goal threat with 15. Adama Traore, a serious danger on the counter, leads in assists with 9. If we’re to get a win there it is imperative to keep them both quiet. I’m looking forward to seeing how we do down our left flank both in terms of contributing to our attack, and dealing with Traore on the counter. But it won’t be easy with Ruben Neves (also a set piece threat) and Joao Moutinho conducting their midfield.

The more I go into Wolves strengths, the more fired up I’m getting about the contest. I can only hope that the Arsenal players feel the same way. This should be an exciting match.

We have some weapons of our own.

Our passing from deep has improved tremendously and the ball over the top is always an option for us. I reckon it will come down to the midfield battle. Torreira is fit again. Ceballos has done well. Xhaka has been great. Not sure on the status of Guendouzi and Ozil. The latter reportedly has a back injury, while there does seem to be some truth to the rumours surrounding Matteo.

Regardless, whoever starts should look to dominate their opponents. If we can keep the ball well and long enough, we should be able to hurt Wolves, create enough chances to shoot and bloody their clean sheets.

(Show of hands. How many of you thought of Arsenal’s next year’s away kit?)

A win for Arsenal would see within 3 points of Wolves and keep our hopes of a place in Europe, and potentially even a CL spot, alive. Almost as importantly, it would be a confidence boost for the rest of this run of games. Maybe Arteta could draw a wolf on the tactics board and we leave Wolves howling at the moon at the end.