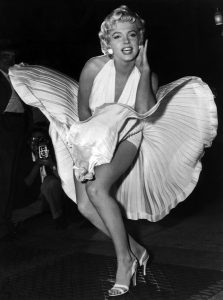 How much of a wind is in the Arsenal sail is the question.

Arteta and Arsenal topped off a great week by going away and dispatching a tough and tricky Wolves to keep alive our European hopes of this season. An impressive 2-0 win closes the gap to Wolves and leapfrog Gunners up to 7th spot. The wins for United and Chelsea ensured that the gap still remains 6 points off the Top 5.

Wolves came into this game on the back of an impressive form that saw them registered 7 clean sheets in last 8. It is also a team against whom Arsenal have found it difficult in recent seasons especially when playing away.

This match had the potential to be a ‘make or break” in terms of our European future and Arteta chose caution in the face of it. He lined up his team in a back 3, similar to what we have seen in past few games. The one difference was that Cedric Soares was finally pinned for his first start after so many frustrating injuries. Also, Saka got another switch in role, out on the right, while Nketiah started in the middle, which is becoming the norm in away-games these days.

Initially Arsenal controlled the possession with Wolves happy to sit back and be patient. But Gunners lacked the tempo, imagination and movement to trouble Wolves. On the other hand, Wolves found few opportunities to involve players like Traore and Jimenez in some promising positions.

One of those arrived very early in the 1st half when Mustafi misjudged the header and allowed Traore to run free on goal only for Martinez to quickly come off his line and make it difficult for the attacker. Apart from this, Wolves hardly ever troubled the Argentinian in first half, who put forward another cool headed display.

As the half went on, Gunners showed more urgency and their movement off the ball became better. It was an ominous sign.  First, Xhaka’s deflected pass saw Nketiah wrong footing Patricio with an early shot that saw the ball deflect off his boot against the post and out. Later, another deflected pass, this time from Tierney, saw the ball bounced nicely on to the left foot of Saka who executed a superb finish to register his first league goal for Arsenal on the brink of half time. Just days after signing a new contract. What a way to celebrate!

Wolves have been a second half team this season. While they rank only 11th in the table on the basis of their first half results, they rank 4th due to their second half productivity. So a stronger Wolves was expected and they should have levelled early in the second half but Adama could only loop the ball over the goal when presented a 1v1 opportunity after a brilliant pass by Jota. Martinez did just enough once again to get the job done.

Credit must be given to Arteta who masterminded the tactics that saw Arsenal almost completely nullify the threat of Wolves. Adama and Jimenez were hardly allowed the room to manoeuvre and midfield duo of Ruben Neves and Moutinho were kept quiet by Xhaka and Ceballos’s industry and ability on ball.

Later when Traore did start to get the better of our left back double act of Tierney and Kolasinac, Arteta first brought on Maitland-Niles and later, Torreira, to counter it. That worked a treat. Similarly, he brought on the energy of Willock and the offensive threat of Lacazette to kill off any remaining roar by the Wolves. They both combined to score Arsenal’s second.

Lacazette’s first touch and the turn to beat Cody was a treat to watch. The same combination should have later added the 3rd but Willock was unable to get a clean strike as the defender was able to clear the ball on the line.

Arsenal saw the remaining minutes off professionally to register 3rd league win in a row and top off a week that saw Gunners book a place in Wembley and players like Saka and Martinelli extending their contract.

In space of a week, it seems like that Arteta has indeed steered his ship back on the right track and wind is picking up again. It has all the familiar ingredients of the famous end season runs of Arsenal which saw us getting into Europe from positions of no return. The only thing to see here is how far can this lot reach with the wind on their back in the last 5 strides.

Written by: Omair Javed aka @omijaved.