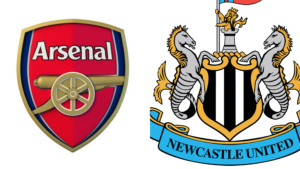 I haven’t followed any Arsenal news since the heavy defeat to Liverpool. I was traveling and didn’t check in on any goings on regarding Arsenal or even football.

No surprise to see Spurs continue to be Spursy, nor of the stupid trolling of Mesut Ozil by a media writer trying to curry favor with Arsenal fans.

I was surprised to see Ralf Rangnick rumored to be on his way to ManU. Surprised, a little saddened and envious. I’m a bit drained by the Arteta debate, but here there is no debate to be had. It could’ve been us and we’d have been the better for it.

Still, now we have some nice comments to go with the Wenger decal, so the incumbent can revel in reflected glory. I honestly wish I could be excited by it but would hate if Arsene were to come back to the club right now because we’re very much the antithesis of a Wenger footballing side and club.

If we’re genuinely trying to live up to his legacy we could start by scoring some goals. Which of course would need us to play in an adventurous fashion. Unfortunately that’s not what fashion forward means. Black turtlenecks and going into our shell means we’ve only scored 13 goals in a dozen league games, and only 7 (I counted 8) of those from open play.

A negative goal difference gets too easily brushed off because we’re now expecting to lose, and lose big, to sides that we are supposed to be competing with. Honestly, if points were awarded for talking a good game Arsenal would be league winners. Whether it be attitude, bringing through youngsters, or transfer policies, we always know just what to say. Unfortunately, we also always have someone (else) to blame.

One youngster we should have brought through will be playing for our next opponents. I’m sure Willock will be eager to make his mark, while Saint-Maximin will be going all gladiator on us. However, if we’re ok with losing at Anfield, we absolutely ought to demolish the bottom placed side in the league who are yet to win a game and have a Covid-affected new manager at the helm.

It must be noted though that lowly Newcastle have scored more goals than the mighty Arsenal. Our much-hyped defensive improvement could face a test much sterner than the league positions would suggest.

This will be a test of our bounceback-ability (a Wenger term) and performances all around will need to be much better. We might also see some rotation as we come close to a busy period. Of course, this is also precisely the period where not playing in Europe ought to prove beneficial to us. We’ll see how that pans out.

The Arsenal kick off the weekend PL action so all eyes will be on us. I hope we can make it an entertaining game along with obtaining the right result, but are we really expecting that? I doubt even fans of the manager truly expect us to run riot. The closest we got is a let me at em’ moment with Klopp which fired up the Kop. Less shouty, more shooty this time please.

We have the opportunity to push everybody’s new favorite team-to-hate down towards a hilarious relegation by season’s end. Reportedly, Arsenal were among the most vehemently opposed to the takeover going through. I don’t think the new-Newcastles will be happy about that. Maybe we’ll be lucky and witness a push and shove match up in the posh seats with Josh. HoweZZat for entertainment?

In the latest Positively-Uncensored YouTube match preview with Shotta and Blackburn George, there is similar concern to Shard of Arsenal’s impotence in scoring (currently 19th among 20 PL teams in goals from open-play) and the evidence of of a porous defense that depends on goalkeeping heroics exemplified by being 19th in Expected Goal Difference.