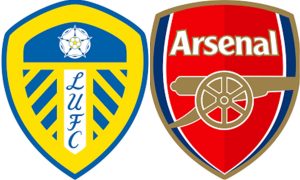 It’s been a long two weeks since we last played and a lot has happened.

Saka’s performances with England garnered great reviews, Eddie Nketiah again did well with the England U21s and surely must be pushing for a place in the senior team. He could be in line to start against his former team (he has more medals than Harry Kane). Those are the positives, such as they are.

Oh, and in the aftermath of the defeat to Aston Villa we did also get the wonderful news that Gunnersaurus is back. Blatantly manipulative timing aside, this was still heartening. Until that is, we found out that it was an imposter.

Twenty-seven (27) years of service to the club and it took the man’s son to tell us that he had been removed and not even invited back to hand over his legacy.

This is entirely unbecoming of the great club that I chose to follow and fall in love with. It may bear the same name and badge, and lay claim to the proud history, but this is a shameless, horrendous organization and I refuse to go along with it. This is a betrayal of the values that made this club what it is, and what the people in control now are profiting off.

Willian getting away with Salt Bae

And so this was a tough preview for me to write already. Then we got the news that Willian, not satisfied with milking the club through his agent, also decided to rub Salt Bae in our wounds and have a COVID gala in Dubai. What was infuriating to me was Arteta’s response to it. From the guy who preaches accountability and gratitude at the drop off a hat, or the lack of a bed, suddenly found zen levels of patience.

I wish I could emulate that but really am running out of patience. I love Arteta for what he brought to us as a player and captain. I don’t even expect much from him presently in terms of results or performance. But I expected better. I expected him to try and live up to Arsenal’s values, and he’s not doing that on or off the field.

So, what do I say about this game? On the one hand we’re struggling for an identity, on the other our opponents have a clear one under a visionary coach. They will be pressing us, looking to attack us no matter the risk, and despite an inferior squad will likely play around us. Bold and entertaining. Like Arsenal ought to be. But even Bielsa couldn’t fix our organisation. Note I don’t say club. We aren’t that any more. What are we? The Arsenal Packing Company

We have Kolasinac and Elneny packed in plastic after a positive COVID test. Thomas Partey goes in the cotton wool. Saliba and Sokratis remain on ice, while Ozil stays in the freezer. On Willian, Dubai and Salt Bae, we just pack it in. Because this is who we are now; North London Packers (Spurs are still the bottlers)

Leeds are looking to avoid a 3rd straight league defeat. They do have Kalvin Phillips and Rodrigo back from injury. Bamford is in good form with 7 goals in the last 8 games. Arsenal have a good record at Elland Road in the last 5 games (4W, 1D). Another positive is that Arsenal are yet to concede a goal from a set piece. Leeds on the other hand are vulnerable to conceding from one. As the underdog, that might just be our ticket. The referee is Anthony Taylor.

Enjoy the game, football fans. Leeds are quite good to watch so regardless of the result it should be ok.