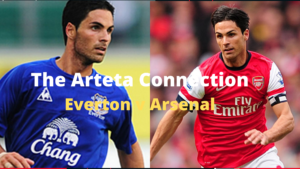 Another game, another defeat, another argument about the culpability or lack thereof of the manager in his team’s fortunes. No point going over all that again I suppose. This is just who Arteta is. In his play and in his deflections. I do find it worrying that he repeatedly denies the need for us to create more chances. I have no idea how it can be taken seriously. Still, people do it seems.

Next we are on to Bad-Form-Is-On Park, a place close to Arteta’s heart. I mean if you think we have problems you should check these guys out. The last of their 4 wins came on 25th September against Norwich and that has seen them down in 15th place on 15 points and a Goal Difference of -7. However, they have scored the same amount of goals as us. Maybe if we write off some of their big defeats (now called a “free hit” by some Gooners) we could have them higher up the table. But that’s not how it works of course. They’ve made fairly large investments in their squad over the last few years and they really aren’t delivering. I can’t believe Rafa Benitez, never the most popular choice among their fans to begin with, isn’t under pressure.

It’s something we need to take advantage of. That would mean playing and sustaining our attack while not losing our solidity defensively. Don’t laugh, that is really what we’re supposed to trust in and believe. So, can we do it? I have no idea. I have no faith. I just want to be entertained.

Along with the Arteta connection, the clubs share some further link through our sale of Alex Iwobi and their future sale of Dominic Calvert-Lewin to us, if we choose to believe the rumour mill that is. For the present, I think Auba will be motivated to fire again and silence his doubters, while Lacazette looks better as he comes close to leaving on a free.

Keeping DCL quiet will be important and with the mysterious, ageless Mr Demarai Gray and Townsend either side of him along with Richarlison they can be a handful to keep out. It will certainly be a test for our defense.

But the key battle, as always, will be in midfield. Doucoure and Allan are a very good fulcrum for the side. Our midfielders will need to stand up and be counted. What might help with that is the possible return on Granit Xhaka. No matter his history with the fans or his limitations, it really does seem like he adds some stability and belief in our engine room. Not just with his partner (Partey?) but even for the left full back bombing forward. And that, much like Emery’s days, seems to be among our best source of attack. Of course it’s a minor miracle that he could be fit already but Granit is a hard rock.

I always have some trepidation when we travel to Everton. It’s probably not even borne out by our record there but it just feels like we always have some issues there and end up dropping points. Which is exactly what we did last season as well and came back with a loss. It was hard to take then, but with their form this season it’ll be even more painful.

We need a win

Before the season started I decided to track our points in each fixture compared to last season because despite the eu-faux-ria of top 2 since an arbitrary date, I had misgivings about us getting worse. I did say we should target 71 points and a top 4, and I think that should especially be true after our summer spending. But if anything we’re worse. We’re scoring fewer points and fewer goals. That we’re as high up as 5th is because a few other teams have, so far, been worse than expected, but mainly because of our run of fixtures. As of now I have us 6 points down on last season. Getting a win at Everton would reduce that to 3.

By the end of this busy month of football, we have the opportunity to really gain on our rivals. A lack of European football this season ought to yield that silver lining at least.