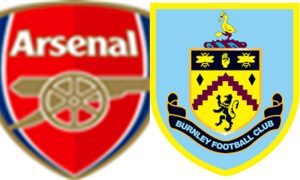 Another midweek game, another victory that brought a welcome reprieve from the Premier League. 6 victories from 6 games is a far cry from a run of 3 straight home defeats and a solitary point from our last 4 league games. We’ve scored 10 goals in 11 games and are down in 15th.

It’s almost as if there are two separate teams playing these two tournaments. Well, because there are. The kids are alright.

Even the club’s chief bean counter stuck his balding head out of his ivory tower and shouted how great the kids were. Apparently killing the scouts and the last real dinosaur are part of our values, and the manager also got a boost/warning with a statement of support. The club tries its best to talk a good game, but no part of this seems well planned.

Arteta however insists there is a plan, and that it will work if we just try harder. He promised the desire and focus will be there against our next opponents, Burnley. The best I’ve heard them described is Diet Stoke (thanks Tara) and that’s precisely how they will approach the game. They have taken the fewest touches, made the least passes, taken the fewest shots and scored the (joint) fewest goals.

Our league form is terrible but if we lose or fail to win against this lot, at home, then it would be a new low for the club. 4 straight home defeats would be unprecedented. Surely that can’t happen? Our record against them is very good. 9 Wins out of 9 at home (all competitions) Sean Dyche hasn’t ever won a game against Arsenal. Auba has scored in every home game against them. Everything points to an Arsenal victory. And yet….

Thomas Partey is out, Pepe is serving the last of his suspension, and David Luiz is still being assessed. On a happier note Gabriel Martinelli got some game time with the U21s and is on his way back. We could do with an attacking spark, whether it comes from him or someone else.

I’d also like to see us be more active in the defensive phase. We used to push up and press high but that seems to have been abandoned in favor of a far more passive defensive approach. Worryingly our transition defense is an issue again if the NLD is anything to go by.

Also I hope we’re preparing to defend set pieces, because Burly FC will be looking at that as a way to compensate for their scoring woes. Particularly if the referee proves sympathetic to the proud English tactic of combining crude tackling in defense and feeble dives in the attacking half.

I believe our squad is much better than they’ve been showing themselves to be, but at some point that becomes irrelevant. It’s still early enough…just… to salvage the season somewhat.

Perform, or we’re perishing anyway. All the talk about values and winning and desire needs to be reflected in actions. Playing a dire Burnley team could be the perfect opportunity to finally get going. Let’s take it.