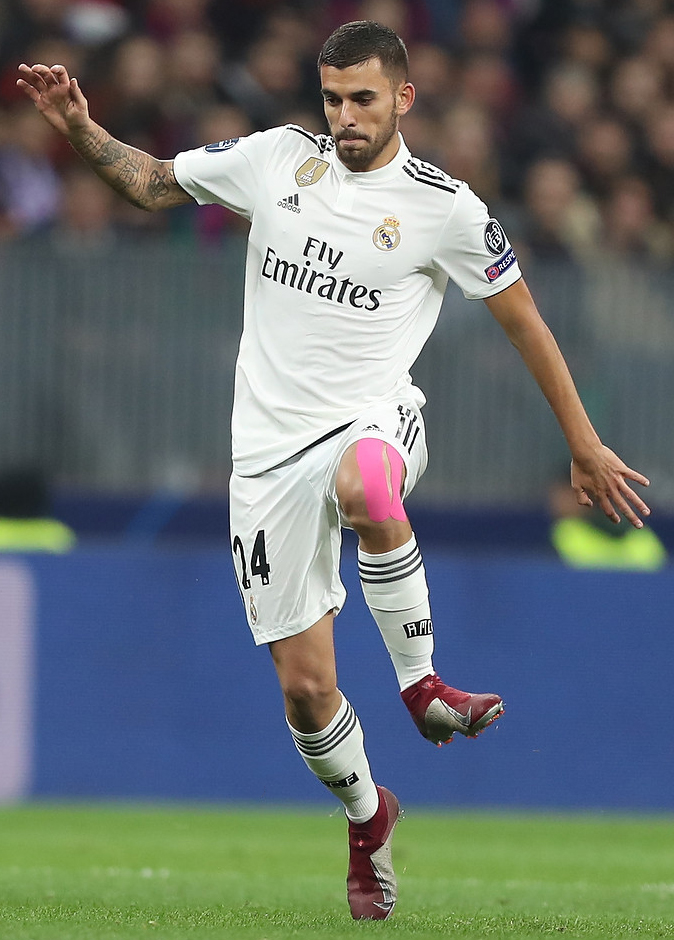 Dani Ceballos on loan from Real Madrid (Via Wikimedia)

Nobody does hype better than the English press. Hands down they are the winner. After all they invented the tabloid newspaper in 1903 when some dude called Harmsworth started the The Daily Mirror. Appealing to the mass market, it presented crime stories, human tragedies, celebrity gossip, sports, comics, and puzzles. There was a time when the tabloids were looked upon as low brow and low class journalism compared to the broadsheets but now virtually all the so-called serious newspapers have become tabloids. Sensationalism and fake news sells, very well. Their football coverage is no exception.

Enter stage left is young Dani Ceballos, on loan from Real Madrid, in his home debut for Arsenal versus the might of Burnley FC, who came 15th in the league last year. After the match English press was in unison, Dani was “brilliant”, a word now so over-used it is practically meaningless. The stats shows he had a very good game.

After single-handedly destroying the mighty Bricklayers from oop North and putting in the shade eminent passers such as Guendouzi and Riess-Nelson the English press decided that Dani Ceballos was the Second Coming.

The BBC, which is supposed to be staid and conservative, was the leader in the hyper-ventilating. In the words of Garth Crooks, who shoehorned Dani into his team of the week:

“This lad can play. He seems to have a touch of the Aaron Ramsey about him, albeit a little more mobile. It will be interesting when Mesut Ozil returns to see if Unai Emery will accommodate both players.”

Not to be outdone is proverbial Arsenal critic and ex-Liverpudlian, Danny Murphy:

“He can see a pass a bit like Fabregas, can sit in there and dictate play as well if need be.”

The Daily Mail added the Spaniard to their weekly power ranking:

“Gunners fans are right to be excited about his talent.”

The inevitable result of all this over-the-top adulation is people are beginning to see Dani as some sort of savior. One young 23 year-old writer for the EPL Index has already decided:

“Ceballos’ impact could be the difference between Arsenal getting back into the Champions League and missing out for the third year in a row.”

One Arsenal blogger, who shall remain nameless has already begun pounding the table with great vigor:

“Ceballos has changed my mind regarding the Pool away game. He goes straight on to the team sheet. I believe we can beat Pool away.”

To me the whole Dani thing is way out of hand. While it is earning clicks online for both mainstream media, bloggers, tweeters and podcasters, Ceballos is far from being the greatest 23 year-old midfielder ever to grace the Arsenal midfield. Six years ago Aaron Ramsey was 22 years of age and in that 2013/14 EPL season had banged in 10 goals and provided 8 assists. Heroically, in the FA cup finals, he came off the bench, having recovered from a serious injury, to smash in the winning goal and break a 10-year trophy drought.

Meanwhile the new regime allowed Ramsey to leave on a free this past summer after trying to mislead Arsenal fans about the circumstances surrounding his contract negotiations. Fact is Ramsey was offered a contract which was then withdrawn, at which point the Welshman decided to rundown the rest of his term with the club and go elsewhere. Due to this monumental failure by the management, the club had to find a short-term solution by signing Dani on loan and guarantee him a number of matches. No doubt he will be a great addition but elevating him to being a savior, in similar standing to his predecessor Aaron Ramsey, is premature to say the least.