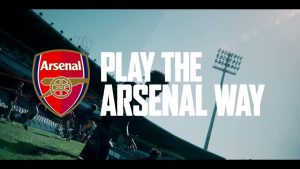 Contributed by: Omair Javed aka @omijaved

Three games into the season and I have already seen Arsenal struggle to create anything against Newcastle, scoring and then basically putting their lives on the lines to salvage a win against Burnley and now parking the bus and trying to hoof long balls forward in the path of Aubameyang and Pepe in hope that one would get lucky and score, meanwhile praying that Liverpool somehow doesn’t score.

In all of this, I have been left asking myself one question. What is the identity of Arsenal under Unai Emery? What is our style? What does he want to achieve with his players on the field? Is his Arsenal era just about getting top 4? Is it what we call the Arsenal way?

But what is the Arsenal Way, especially when it comes to the style of football? Under George Graham, it was associated with dull, unimaginative defensive football with more focus on putting the right tackle in rather than technical aspects of the game. It led to one of the famous Arsenal chants, ‘1-0 to The Arsenal’. It was successful, but hardly a style of football to be proud of.

This however, all changed with the arrival of Arsene Wenger. Under him, Arsenal was revolutionized into an exciting, creative and attacking unit. We were not only successful but also became a global brand that we are today. So, now when you listen chants of “49, 49, I say, 49, 49 undefeated, playing football the Arsenal way”, you know that it refers to the style of football we developed under Arsene Wenger, also referred to as the ‘Wengerball’. Over the last 2 decades it became our identity and as the chant itself says, it is the Arsenal way.

So, it was natural that it is the continuation of this identity that Arsenal board and the fans sought in Unai Emery after the departure of Arsene Wenger. Yes, it gave us a fresh start and yes, our main target was always to be back in the league of European elites as soon as possible. I think no one would disagree with me when I say that in longer run, it is the foundations laid by the Frenchman that Arsenal wanted to build upon. It was the Arsenal way that was successful and entertaining in Arsene’s golden era that Arsenal sought for when they appointed Unai Emery.

In the words of Ivan Gazidis, explaining the appointment of the Spaniard:.

“We had some clear criteria: aggressive, entertaining football; personality that fitted with Arsenal’s values; also a record of developing players through detailed tactical instruction and also cultural demand, pushing players.”

Unai Emery himself described his style in following words,

From above two quotes, the Arsenal Way and Unai Emery’s task and our expectations from him were clearly laid out in terms of the style of play before he even started his job.

And as an Arsenal fan, I welcomed these words very much because this is exactly what I wanted our philosophy on the pitch to be. Continue our identity of playing the football the Arsenal Way while adding the extra element of pressing. But fast forward 15 months, and we have failed to see the practical implementation of these Unai Emery words that he spoke with so conviction and clarity on the day that he was unveiled as our new manager.

From purpose to confusion

Initially, I would agree that there was a bit of purpose to his play. There was a clear focus on playing the ball out from the back which resulted in many calamitous moments for Peter Cech. There was an added focus on intensity of our play and asking our forwards and creative players to put more defensive output which resulted in some bizarre team selections but at least you could say that he had a vision, or so I thought.

Especially, the game against Leicester at home last season. It was a superb display of attacking football and ticked all the criteria boxes that Gazidis described earlier. I thought, if this is Emeryball, then we are truly in for a treat but what I quickly found out was that it was just a blast from the past and the more the team got Emeryfied, the more we moved away from the brilliance of the Arsenal way to something that consisted of finding the runs of Kolasinac and putting in cutbacks for our CF’s to run on to. For me, it was painful and depressing to watch.

Every game seems to throw a new formation, new style and a new confusion regarding the player roles. But whatever Unai Emery has done, it has lacked consistency and conviction to make his mark in terms of his own Arsenal identity because nothing has ever lasted for more than a couple of games. Playing out from back vanished and then returned. Possession seems to be an afterthought and our pressing, well it’s better not to talk about it.

You see, every Arsene Wenger team had two things in common. A creative focal point, in the shape of Bergkamp, Cesc, Cazorla or Ozil and a focus on Wengerball which was designed to entertain and attack. Unai Emery has failed to achieve any of these two aspects.

There is no creative focal point. In fact, he prefers to have more defensive minded and high energy players playing through the middle with single task of moving the ball out wide as quickly as possible. Moreover, he simply seems incapable of playing the attacking football the Arsenal way. Last season showed that he believed more in the strengths of his opponents rather than the strengths of his own team which resulted in the tactics like the one we saw against Huddersfield where he fielded 7 defensive minded players on the pitch. That may be a brilliant mindset for a relegation club but unheard of for a top club like Arsenal.

Apart from his style and tactics which tends to ask more questions than provide answers, there has been a question whether he has actually been able to improve our individual players so far. I don’t think so that he has. Unai Emery came to Arsenal announcing that he would develop his team around Ozil and Ramsey but throughout last season either he did not play them or when he did played them in a role which neither suited them nor the team.

One of the glaring concerns when he first arrived was our defense was as strong as a toddler according to some of our fans, something I did not necessarily  agree with. But anyways, the fact is we ended up conceding more goals in Emery’s first season than we did in Arsene’s last season and that, too, after the Spaniard mostly set up the team more defensively in shape and in play.

As for the thing about improving the players that he already had at his disposal; it seems to me Emery has shown himself to be more inclined towards spending rather than coaching. Our defense is a glaring example. Replaced rather than improved.

When it comes to youth, I agree that we have seen improvements in that regard this season and I hope this will continue but last season Emery preferred to sign Dennis Suarez on loan rather than giving someone like Emile-Smith Rowe a chance in the first team and he hardly gambled with them in League Cup and FA Cup games. And this season we ended up selling many bright academy graduates including Alex Iwobi, a player who was credited to be the most improved player under Unai Emery last season.

Failing or fulfilling the critieria

To conclude, Unai Emery may have many success or failure stories at Arsenal so far but he is failing to achieve the criteria on which he was appointed as our manager. He is trashing the values of our club without even achieving top 4 which makes his achievement almost irrelevant. Unai Emery and the Arsenal Way are two opposite polls and one seems to be the death of the other. Due to this, Unai Emery is and has been a failure at Arsenal and will continue to be unless he starts treading the path of Arsenal way.

Now, you may or may not agree with me which is fine. And I am also not saying that Arsenal will never be successful under Unai Emery. But the question is, at what cost? If the goal is to become like Chelsea who only value results and trophies and don’t care if their manager should be bound to play to a certain criterion or develop his players in a certain way, then it is all good. But the thing is that we are Arsenal Football Club and we have always prided ourselves on our Arsenal Way and values even when five or six other clubs were constantly outspending us in the transfer window. Are we willing to let all that go so we can salvage a lucky draw against Liverpool at Anfield by using tactics for which we mocked Burnley last week? Have we forgotten Arsene’s last words to us so quickly?