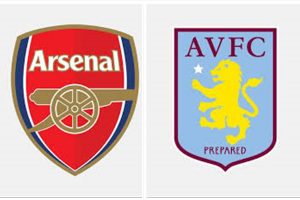 Arsenal are box office. Arsenal are Primetime. Just last week we had the Batman trailer. This week we’re up for two Emis. Never short of drama this club. Whether it’s a perpetual pot boiler of a civil war amongst the fans and supporters, or a feud amongst the manager and legends.

Through it all we still play football, but just not very well. Aston Villa of course will look to exploit our weaknesses as they have done the last few times we’ve played against them. Notably, the 3-0 loss we experienced last time out. Some personnel have changed but the quality to punish us remains.

I watched Arteta’s press conference and he did not disappoint. Sure as can be, he could not pass up the opportunity to be arrogant when he was being gracious about Steve Bruce. The good kids don’t mind because they’ll get their candy on Halloween.

But honestly, more worryingly, Arteta once again turned down the opportunity to say we need to attack and create more. It would be a most anodyne statement and yet he clearly doesn’t want to make it. I can only conclude he truly doesn’t believe that’s a problem, and well… THAT’S a problem.

Punish Them On The Counter-Attack?

It’s not only the attack though. I agree with Arteta’s assessment of our inability to hold onto the ball as an issue. Not sure what he’s doing about it, but Villa will press and test us so we better be prepared. If we can play through (or more likely above) their press, Arsenal can punish them on the counter attack. We have the players for it, even without Saka who will likely miss the game because of a violent attack which apparently has led to Mike Dean getting a week off with sympathy pains.

For our part, we’ll need to mark Watkins closely. He scored 4 goals against us last season off just 5 shots on target. Arsenal fan or not, we cannot allow him to punish us like that again. Villa must be feeling pretty vulnerable themselves after 2 PL losses in a row to Spurs, and a 3-2 loss to Wolves after going up 2-0. We should need no other incentive to keep going at them regardless of the scoreline. But will we?

The season is fast approaching crunch time for the manager. He still has his supporters but 11 points from 8 games with only 7 goals scored is not the stuff of genius. It is also not sustainable for a club like Arsenal and the finances they’ve put into this manager. He needs to get us back to winning ways, and consistently so over the 30 remaining PL fixtures. It’s almost now or never.

Below is our latest YouTube match preview with yours truly together with Blackburn George  and ex-scout Ehab. We are not in it for popularity and for money. We haven’t sold our souls. We simply want what is best for our football club. That is why we urge you to support our YouTube channel. Like. Subscribe. Share.