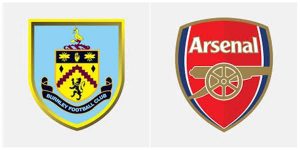 Europe has provided a welcome distraction from the league for Arsenal. So much so that a lot of Arsenal fans are starting to look forward to the remaining part of the season with some hope of making all our pre-season goals. Top 6, and maybe even the EL title. The performance against Leicester was encouraging but we’re still a long way off from where we’d like to be. Even Spurs are still 5 points ahead of us. As for league form, we’ve lost 3 of our last 5. One of those was to ManCity though, so I can understand writing it off. If we are to make a late run it must start now.

The mad fixture list this season has meant that both Arsenal and our next opponents last played Leicester in the league. After we beat them 3-1, Burnley played out a draw with them.

In recent years Burnley have tried to take up the mantle once occupied by Stoke, and before them by Sam Allardyce’s Bolton, as Arsenal’s reputed bogey team. An unfair and inaccurate characterisation but you could understand why it was a popular narrative. Arsenal were the cosmopolitan, progressive, sexy football side. The enemy of all that was traditional and holy. Burnley wrap themselves in the flag of Britain, and their manager shines the spotlight on any perceived slight with an exaggerated gruffness, bravado, and hypocrisy that plays up to the Brexit Bunch.

However, Arsenal are no longer that side. We’re hardly trendsetters or iconoclasts raging against the machine. We’ve seemingly fallen into a role that is more than happy to go along with the league’s outlook on how things must be. I don’t see this as a match-up that should lead to any real rivalry or bad blood. It’s going to come down to ability and execution alone. On the former, surely we are better. Unbeaten at Turf Moor so far, and with Auba having scored most of his goals against them, we ought to come away with a win, our loss to them earlier in the season notwithstanding.

Watch out for Ashley Barnes and Chris Wood I guess, especially on crosses. They don’t score a lot, don’t dribble, and don’t pass a lot. They do have Tarkowski as their defensive lynchpin, and are also blessed by the Pope in goal. Umm.. that’s about it. What else do you say about them? Oh, they do like to dive and being good, honest lads the refs could reward them for it. So watch out for that.. Or just go in hard on them and let them know they’re in a game. Here I go embracing our new (lack of) identity.

One thing that remains quintessentially Arsenal is us doing something stupid that costs us, and there’s every chance we spend the whole game toiling to score, but end up throwing away any and all of our good work. I fear a draw. We have good options in attack and Auba’s found some form again, so I’ll look past my fears and predict a victory and an apoplectic, Claret & Blue, Sean Dyche holding his breath and throwing a tantrum.