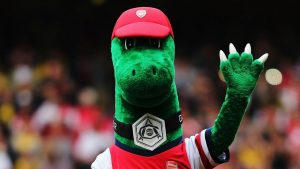 “Arsenal will probably blame his attitude, Vinai will say he gave Quy all the chances he could, Edu would say he does nothing for the club and a section of the fanbase will claim it is ALL OZIL’S FAULT. Managers, players and junior staff all at the mercy of men in posh offices” – M¹⁴Arsenal @m14edits

Recently, I have done a series of articles (and podcasts with @Arseblagger) which have been very critical of the way in which our football club is being run, on and off the field. The latest of course was my Aston Villa match report and post-match podcast detailing how negative and uninspiring the football has become under Mikel Arteta.

I have done my best to show this is not simply a one-off but a pattern. Since Project Restart Arteta has implemented a defensive style of football with Arsenal’s primary goal is to stop the other team from playing rather than being a “protagonist” who demands possession of the ball, taking the initiative to create chances and score.

But it is not merely the style of football. It is the classless, uncaring way in which the club is now acting towards its employees. Top of the headlines was the marginalization, defamation and denigration of the best footballer at the club, Mesut Ozil, to the point of banning him from the both the Premier and Europa league squads, due it seems to his refusal to take a paycut without explanation of where the money was going. Not as sexy a headline but perhaps even more damaging in the long-term was the club’s sacking 55 full-time employees including long-serving scouts with a history of unearthing hidden gems who became star players for the club.

To prove they were beyond Scrooge, the club on October 5th announced they were also sacking the guy who since 1993 had played Gunnersaurus, the club mascot.

What a coincidence that on the day when the beloved mascot was being terminated, the signing of Thomas Partey had been announced, it being deadline day. The expected widespread elation by fans, when news broke of the transfer of a renowned player, would surely drown out the spontaneous anger to be expected when a multi-generational symbol of the club is coldly axed to save a few pounds by an enterprise, who that very same day, was boasting of its ability to spend 40 million on a new player.

It took Mesut Ozil, whom the club has marginalized, to expose the utter hypocrisy of the club’s actions when he announced his willingness to pay one-year of Gunnersaurus wages:

“…, I’m offering to reimburse @Arsenal with the full salary of our big green guy as long as I will be an Arsenal player…so Jerry can continue his job that he loves so much.”

Given the image of Ozil’s magnanimity vs the club’s mean-spiritedness, news came out of Arsenal H/Q earlier this week that Gunnersaurus was re-employed and was to appear at an “Under-Something” game. We all left with the impression that Jerry Quy had gotten his job back. Even Mesut Ozil was elated.

But on Friday Daniel Quy, Jerry’s son, blew the lid on the “weasely”, misleading club statement which left the impression that it was a return to normal. According to Daniel:

In a mere few words Daniel Quy has provided the killer evidence of how low our club has fallen. Despite mainstream and most of social media refusing to discuss the destruction of the club’s traditional values, most fans on Twitter, who replied to Daniel’s statement, agree that our club has lost the value “To act with class”.

Fans may be quiet but the evidence is irresistible and damning as exemplified by the following:

Well said Dan! Your dad is a legend who IMO is forever woven into the fabric of the club. Too many proper Arsenal people leaving without wanting to. Eroding the soul of a once exceptional institution, that is now no more than a mausoleum to better people and better times.

Unfortunately the club is a business run by cut throats. They no longer hold the same values and morals that”Arsenal” did. That arsenal is no longer in existence and is extinct and it’s a crying shame. The club is now heartless and with no feelings and is just a money maker

It's sad. It is the end of an era. It was shortsighted of Arsenal, because eventually life will return to normal. What really hurts is how little they care, Dan is right – the lack of class has been shocking, is tough to accept and is making it hard to watch them these days.

Arsenal lost its class when Arsène Wenger left. To hell with the Kroenkes, Vinai, Edu.

Scores of fans may be reading this in denial and disbelief. Many, like I once did, are still wishing and hoping that Mikel Arteta will transform  the football club on and off the field especially after he won both the FA Cup and Community Shield. We all wanted him to succeed because he was once our player and our captain and should have the footballing values of Guardiola and Wenger. But apart from no longer playing a positive brand of football since Project Restart, Arteta has been knee deep in in marginalizing and defaming our best footballer. He is no longer fearless and positive in his football. Despite this, many still seem willing to give him the benefit of the doubt.

How much longer can we keep the faith? How much lower can Arsenal go at this rate?